Phuket is best known for its soft sandy beaches but those who venture inland will find plenty to see and do. Steamy jungles, waterfalls and lush rural landscapes of rubber, coconut, pineapple and banana plantations still remain on Phuket just a short distance yet a world away from its busy beach resort towns.

In the protected Khao Phra Thaeo National Park, jungle paths lead to two cool cascades, Thalang Waterfall and Bang Pae Waterfall, where local families love to escape for a weekend picnic. Just outside the entrance to Bang Pae is the Gibbon Rehabilitation Project, a shelter and education centre for endangered gibbons and slow loris primates. If you’re keen to cool down under a larger waterfall, more can be found just a short drive away over the bridge in Phang Nga province. Mountainous, lush Phang Nga also beckons those who love rafting, with a choice of a thrilling white-water ride or a slow glide on a traditional bamboo raft.

Ziplining is a heart-racing way to travel through the jungle, and this can be done with Flying Hanuman in Kathu district in Phuket’s central interior. Nearby is Phuket Wakepark, a hot spot for cable skiing and wakeboarding, or if you’re staying further north on Phuket you’ll want to try the scenic Anthem Wake Park in Cherng Talay.

To explore the island beyond the conventional means of driving, seek out one of Phuket’s elephant camps for a memorable ride. Another alternative way around is by bicycle tour, or you could try a bit of off-roading by ATV.

Phuket’s Old Town is not to be missed for its delicious local food, restored heritage buildings, art galleries and boutique shops. Take a stroll or a guided tour and discover where to find Phuket’s oldest Chinese herbal medicine shop, or where to try a royal Thai cuisine dinner in a centuries-old Sino-Portuguese mansion. Peek into one of the Old Town’s narrow shophouses and you might spot a painter busy putting the finishing touches on his latest work of art, a treasure trove of Asian crafts and antiques or a barista serving a fresh batch of coffee with some passionfruit cheesecake.

✈ See our collection of the most stunning Luxury Villas in Phuket 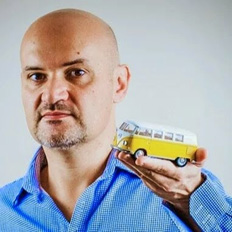